Burton Tedesco is the Instructor/Director of Theatre at Naugatuck Valley Community College in Waterbury, CT. He holds a BA in Theatre Performance from the University of South Florida and a MFA in Theatre Performance from the University of Southern Mississippi. Before moving to Connecticut, he was a full-time instructor of Arts and Humanities at Delgado Community College in New Orleans, LA. While at Delgado, Burton taught various acting classes, Theatre History, and stage combat. He has directed several productions including: Rebecca Gilman’s Boy Gets Girl, Ken Ludwig’s Moon Over Buffalo, and Shakespeare’s Comedy of Errors.

As an actor, he has worked with several theatres in Central Florida and as a resident actor/fight director for the Charleston Stage Company in Charleston, SC. While in Hattiesburg, MS, he was a proud member of the Southern Arena Theatre acting company for 3 seasons. During his time in New Orleans, Burton served as fight director for productions of Lilly’s Revenge, Wolves, and Venus in Fur all with Southern Rep and for productions of Born Yesterday and Spring Awakening at Delgado Community College. Currently, Burton is the resident fight director at the New Orleans Shakespeare Festival at Tulane, directing violence for productions of Romeo and Juliet, The Merry Wives of Windsor, Rosencrantz and Guildenstern and Dead, Hamlet, and Julius Caesar. He has also appeared as an actor in several of the festival’s productions, playing such parts as: Tybalt in Romeo and Juliet, Dr. Caius in The Merry Wives of Windsor, and several supporting parts in Hamlet. Some of Burton’s other roles include: A Player in Rosencrantz and Guildenstern are Dead, Cinna the Poet in Julius Caesar, Hitch in Hitchcock Blonde, Macbeth in Macbeth, Egeon/ Nell in Comedy of Error, Gayev in Cherry Orchard, Fredrick Fellows in Noises Off, Captain Nimrod in Nevermore, Lynch in Finer, Noble Gases, and Jake in A Lie of the Mind, His film credits include: Hotcakes, Trailer Park Jesus and the A&E series Breakout Kings. 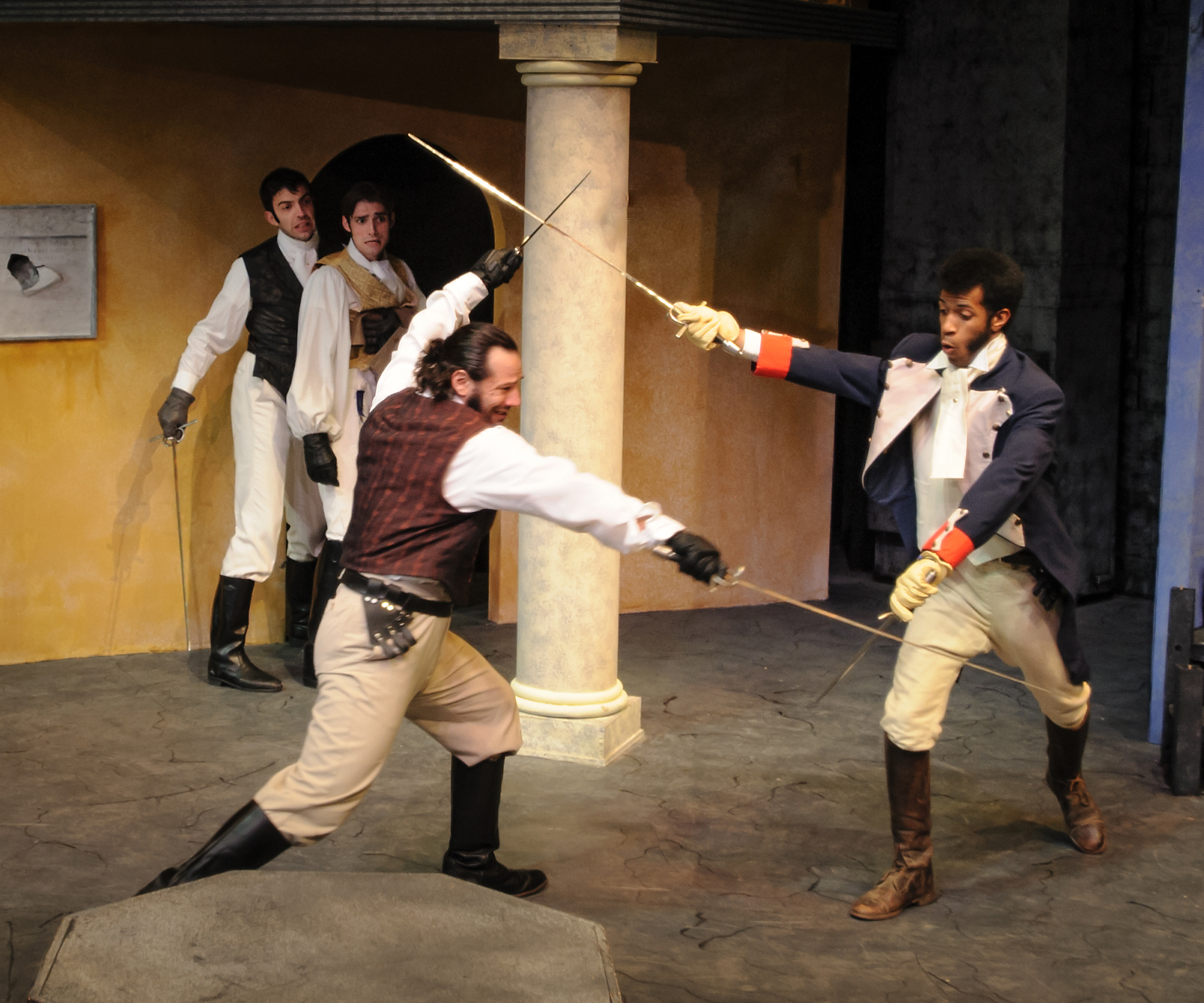 "Knowledge is a treasure, but practice is the key to it."
Lao Tzu